An important map of Elsfield is one dated 1703 which was drawn up for the North family when they bought the estate. It lists the fields and gives their names. It is held in the Bodleian library and a copy on a much smaller scale hangs on the wall of the Village Room in Elsfield.

Ann Cole, co-author, with Margaret Gelling, of The Landscape of Place Names, and a specialist in Anglo-Saxon geographical terminology, has drawn several maps of Elsfield and has kindly allowed us to use them. The one included here shows the field boundaries for 1703 and 1955 with the areas mentioned in a terrier of 1699 outlined in dark pink by Mavis Curtis. Names mentioned in that terrier are also included.

A plan of the land farmed by James Garson and Keith Bradford in 1990 showing suggested changes such as extended field margins to encourage bio-diversity, but which was not implemented, has been included as a record of the field names at the time.

The OS map is that included in The Manor of Elsfield by George Clark published privately in 1927.

A map is included of the land currently farmed by the Brown family. It covers more than the parish of Elsfield. 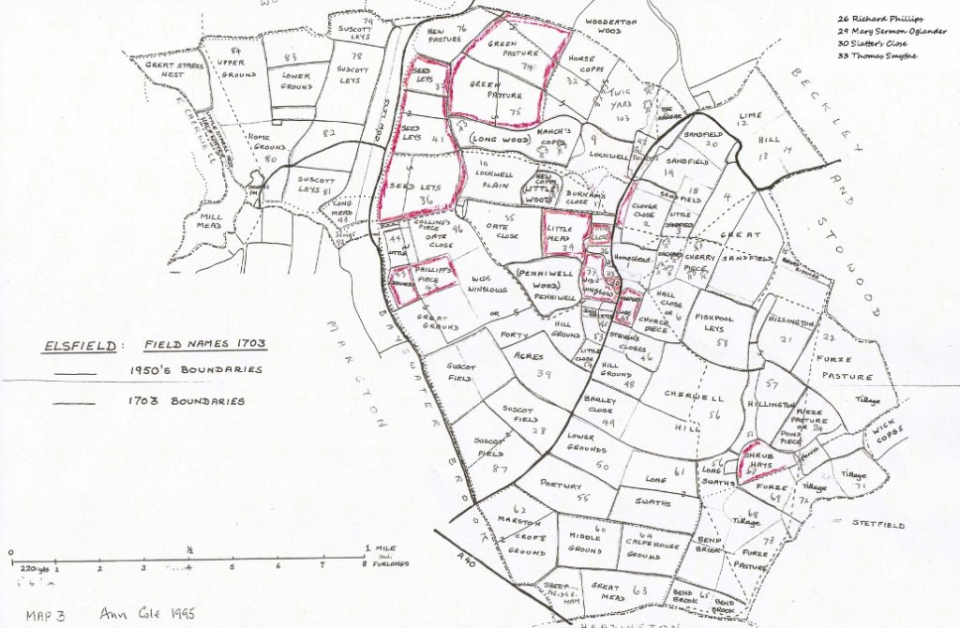 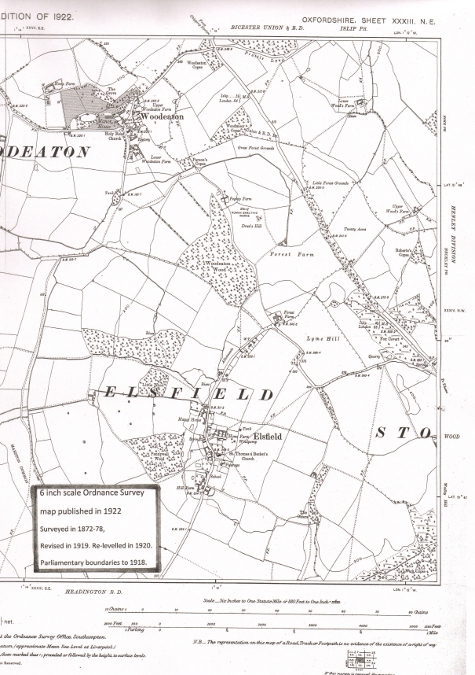 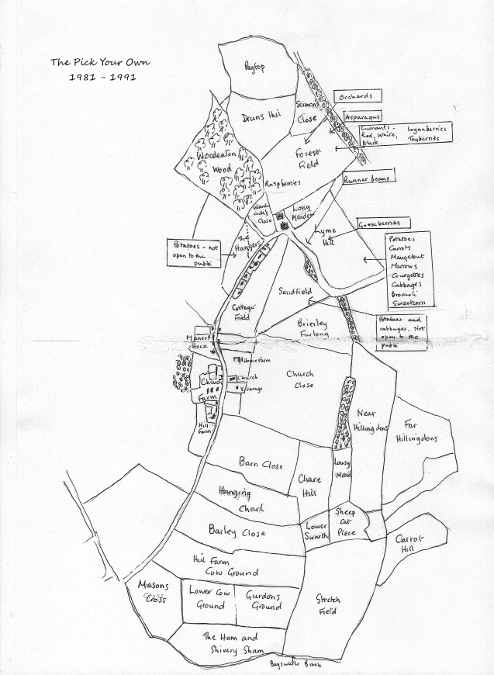 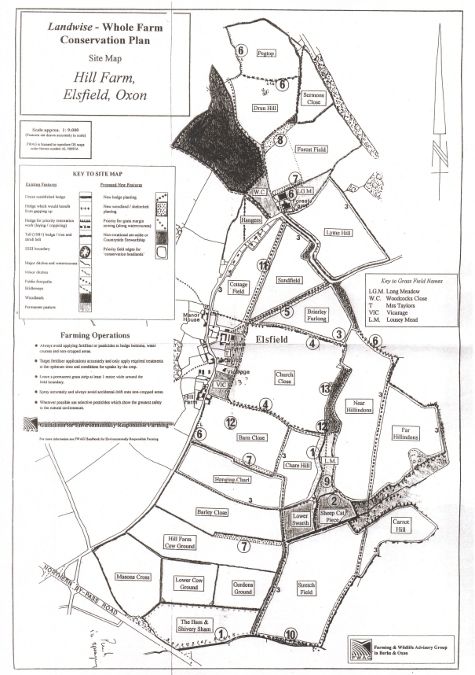 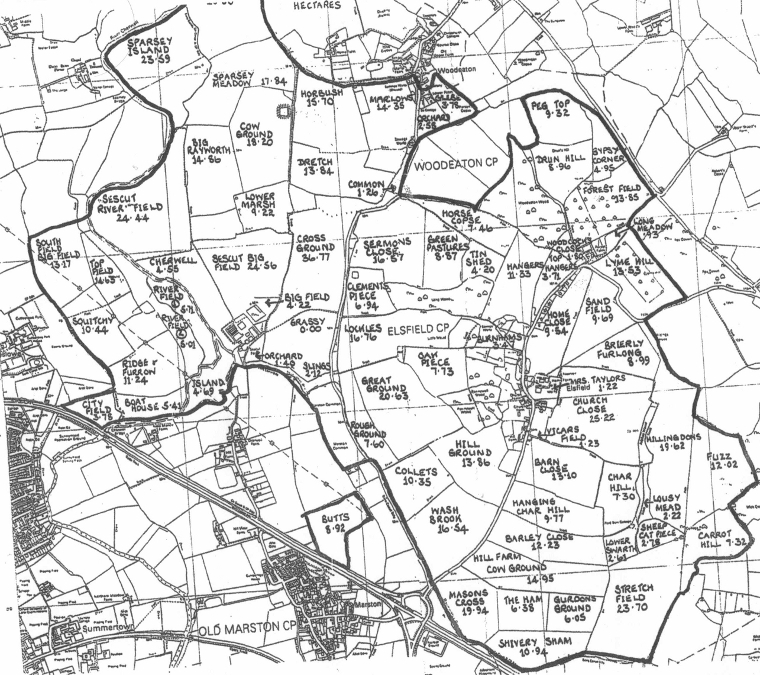